Posted by nathaliehunter on June 28, 2010 in Uncategorized |No Comments

Yesterday was the opening of second part of weihijzijweihij, in Koningsmolen with artsits Johan Creten ans Koen Vanmechelen and farmer Dirk Draelants.

Johan expained us vividly how he stayed for seven month in Mexico (1999) making sculptures. At the end of his stay he felt quite exhausted, and focused on dates that were falling of the trees, the sweet syrup flowing out of them, and eventually became trees again.

Then we could taste blue corn pancakes that also reminded him of Mexico.

Them we walked to a field full of wheat .

It was planted by Dirk Draelants and in the middle of it Koen Vanmechelen placed an 8 meter high sculpture with hundreds of flags with pictures of all the generations of his chicken (from the cosmopolitan chicken project). The flags refer to buddhism, the golden hen on top of the sculpture as made in china and he’s looking (pointing) at Mecca. 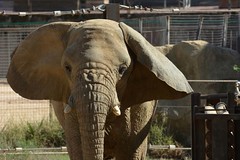 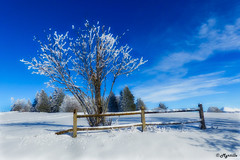